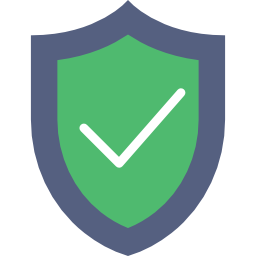 The immune system is a network of cells, tissues, and organs that work together to defend the body against attacks by “foreign” invaders. These are primarily microbes—tiny organisms such as bacteria, parasites, and fungi that can cause infections.

At the normal neuromuscular junction, a nerve cell tells a muscle cell to contract by releasing the chemical acetylcholine (ACh). ACh attaches to the ACh receptor — a pore or “channel” in the surface of the muscle cell — twisting it open and allowing an inward flux of electrical current that triggers muscle contraction.

The Activated partial thromboplastin time (aPTT) test tells you how many seconds (s) it takes your blood to form a clot after body tissue(s) or blood vessel walls were injured.

The Anti-Smith Antibody targets your body’s own proteins and is found almost exclusively in people with lupus. Though not all people with lupus have this antibody (only around 30%), those who do usually receive a diagnosis of lupus. Anti-Smith antibody is more common in blacks and Asians with SLE (around 60%) than in whites with SLE.

Anti-cyclic citrullinated peptide (anti-CCP) is an antibody present in most rheumatoid arthritis patients.

Investigation of renal/joint/connective tissue disorders and their symptoms.

C3 is the most abundant protein of the complement system. C3 can be cleaved in two divalent fragments, where C3b is the larger fragment. C3a is the smaller fragment that is released into the surrounding fluids. C3a can bind to receptors on basophils and mast cells triggering them to release their vasoactive amines (e.g. histamine). Because of the role of these biomarkers in anaphylaxis, C3a is called an anaphylatoxin. C3a is one of the most potent constrictors of smooth muscle cells. C3a has been shown to be a multifunctional pro-inflammatory mediator.

Complement component 4 (C4) is a blood test that measures the activity of a certain protein. This protein is part of the complement system.

To help diagnose rheumatoid arthritis (RA) and differentiate it from other types of arthritis.

The erythrocyte sedimentation rate (ESR or sed rate) is a relatively simple, inexpensive, non-specific test that has been used for many years to help detect inflammation associated with conditions such as infections, cancers, and autoimmune diseases.

Histamine is a substance that is produced by the body as part of an allergic reaction.

Immunoglobulin E (IgE) are antibodies produced by the immune system.

IgE antibodies are found in the lungs, skin, and mucous membranes. They cause the body to react against foreign substances such as pollen, fungus spores, and animal dander. They are also involved in allergic reactions to milk, some medicines, and some poisons.

Immunoglobulin G (IgG), the most abundant type of antibody, is found in all body fluids and protects against bacterial and viral infections.

Immunoglobulin M (IgM), which is found mainly in the blood and lymph fluid, is the first antibody to be made by the body to fight a new infection. Expressed on the surface of B cells (monomer) and in a secreted form (pentamer) with very high avidity (forms multiple binding sites with antigen). Eliminates pathogens in the early stages of B-cell mediated (humoral) immunity before there is sufficient IgG.

Interleukin 2 (IL-2) is a pleiotropic (=having multiple effects from a single gene) cytokine produced primarily by mitogen- or antigen- activated T lymphocytes. Interleukin 2 is an important disease marker in hemophagocytic lymphohistiocytosis (HLH), but there are no published data on its diagnostic value in adults.

Interleukin-6 is involved in inflammation and infection responses and also in the regulation of metabolic, regenerative, and neural processes.

This test measures the amount of antibodies to anti-Jo-1 in blood. It is used to help diagnose and manage muscle diseases that affects the immune system such as polymyositis (a type of chronic inflammation of the muscles) associated with autoimmune disease.

These antibodies target a human body’s produced enzyme called cytochrome P450 2D6, a protein found primarily in liver cells which catalyze many reactions involved in drug metabolism. The development of the LKM antibodies is strongly associated with type 2 autoimmune hepatitis.

Lupus anticoagulants are antibodies against substances in the lining of cells. These substances prevent blood clotting in a test tube.

Prothrombin time (PT) is a blood test that measures the time it takes for the liquid portion (plasma) of your blood to clot.

Prothrombin time (PT) is a blood test that measures the time it takes for the liquid portion (plasma) of your blood to clot.

Transforming Growth Factor (TGF) plays a crucial role in tissue regeneration, cell differentiation, embryonic development, and regulation of the immune system. Transforming growth factor beta is found in hematopoietic (blood-forming) tissue and initiates a signaling pathway that suppresses the early development of cancer cells. It enhances the deposition of extracellular matrix and may play potential role in wound healing and cirrhosis formation. Many cells synthesize TGF-b and almost all of them have specific receptors for this peptide.

TGF Beta-1 is a protein that has important regulatory effects throughout innate immune pathways.  This protein helps control the growth and division (proliferation) of cells, the process by which cells mature to carry out specific functions (differentiation), cell movement (motility), and the self-destruction of cells (apoptosis).  The TGF Beta-1 protein is found throughout the body and plays a role in development before birth, the formation of blood vessels, the regulation of muscle tissue and body fat development, wound healing, and immune system function (especially regulatory T-cells).

TGF Beta-1 can impair T-regulatory cell function, which in turn contributes to the activation of autoimmunity, yet TGF Beta-1 also plays a role in suppressing autoimmunity. Neurologic, autoimmune and many other systemmic problems also are found with high TGF Beta-1.

Thrombin is an enzyme in the blood that acts on the clotting factor fibrinogen to form fibrin, helping blood to clot. The thrombin time assesses the activity of fibrinogen.

Transforming growth factor (TGF-beta) is a multifunctional peptide growth factor that has an important role in the regulation of cell growth, differentiation, and repair in a variety of tissues.

Tryptase is an enzyme that is released, along with histamine and other chemicals, from mast cells when they are activated as part of a normal immune response as well as in allergic (hypersensitivity) responses.

VEGF stands for Vascular Endothelial Growth Factor. VEGF is a growth factor that promotes the growth of new blood vessels.