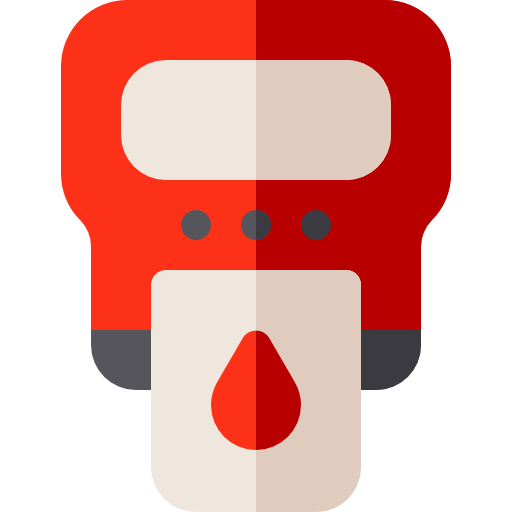 Hemoglobin (Hb) is a protein found in red blood cells (RBCs) that binds to oxygen and helps transport it throughout the body. The shape, size and function of RBCs may be altered when hemoglobin variants are present, which could result in inefficient oxygen transportation and premature destruction of the cells, leading to hemolytic anemia. Symptoms of hemolytic anemia include weakness, fatigue, jaundice and pale skin. Severe hemoglobinopathies, such as homozygous Hb S (Sickle Cell Anemia), can result in symptoms such as episodes of acute pain, shortness of breath and an enlarged spleen.

Hemoglobinopathies occur when changes (variants) in the genes that provide information for making the globin chains cause changes in the proteins. These genetic variants may result in a reduced production of one of the normal globin chains or in the production of structurally altered globin chains. Approximately 7% of the world’s population carry at least one copy of a genetic variant in one of the hemoglobin chains (carrier), and the rate can vary dramatically based on ethnicity. Genetic variants may affect the structure of the hemoglobin, its behavior, its production rate, and/or its stability. The presence of abnormal hemoglobin within RBCs can alter the appearance (size and shape) and function of the red blood cells.

Red blood cells containing abnormal hemoglobin (hemoglobin variants) may not carry oxygen efficiently and may be broken down by the body sooner than usual (a shortened survival), resulting in hemolytic anemia.

While there are more than 1,000 hemoglobinopathies currently described and novel forms are still being discovered, some of the most common hemoglobin variants include:

- Hemoglobin S, the primary hemoglobin in people with sickle cell disease that causes the RBC to become misshapen (sickle), decreasing the cell’s survival
- Hemoglobin C, which can cause a minor amount of hemolytic anemia
- Hemoglobin E, which may cause no symptoms or generally mild symptoms

Thalassemia is a condition in which a gene variant results in reduced production of one of the globin chains. This can upset the balance of alpha to beta chains, leading to decrease in hemoglobin A, causing abnormal forms of hemoglobin to form (alpha thalassemia) or causing an increase of minor hemoglobin components, such as Hb A2 or Hb F (beta thalassemia).

Many other less common hemoglobin variants exist. Some are silent – causing no signs or symptoms – while others affect the function and/or stability of the hemoglobin molecule.

Hemoglobin A makes up about 95%-98% of Hb found in adults; it contains two alpha and two beta protein chains.

Hemoglobin A2 makes up about 2%-3% of Hb in adults; it has two alpha and two delta protein chains.

Hemoglobin C can cause a minor amount of hemolytic anemia.

Hemoglobin F (fetal hemoglobin) makes up to 1%-2% of Hb found in adults; it has two alpha and two gamma protein chains. This is the primary hemoglobin produced by the fetus during pregnancy; its production usually falls shortly after birth and reaches adult levels by 1-2 years.

Hemoglobin S, the primary hemoglobin in people with sickle cell disease that causes the RBC to become misshapen (sickle), decreasing the cell's survival.

The Hemoglobin Solubility test is used to help identify the presence of Hemoglobin S. The test may also detect sickling hemoglobins, and evaluate hemolytic anemia.