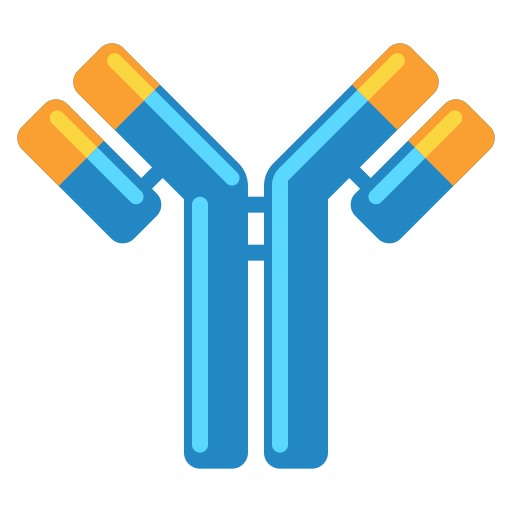 This test helps to detect and helps diagnose certain autoimmune disorders, such as lupus and Sjögren syndrome, among other types.

Antinuclear antibodies (ANA) are a group of autoantibodies produced by a person's immune system when it fails to adequately distinguish between "self" and "nonself." The ANA test detects these autoantibodies in the blood.

ANA react with components of the body's own healthy cells and cause signs and symptoms such as tissue and organ inflammation, joint and muscle pain, and fatigue. ANA specifically target substances found in the nucleus of a cell, hence the name "antinuclear." They probably do not damage living cells because they cannot access their nuclei. However, ANA can cause damage to tissue by reacting with nuclear substances when they are released from injured or dying cells.

Centromere B Antibody is diagnostic for the form of scleroderma known as CREST (calcinosis, Raynaud's phenomenon, esophageal immotility, sclerodactyly, and telangiectasia).

With a high specificity and a prevalence of 80 to 95%, antibodies against centromeres are pathognomonic for the limited form of progressive systemic sclerosis and can be detected even before the onset of the disease. If the corresponding clinical indication is given, the quantitative determination of antibodies with a monospecific test system, e.g. the Anti-Centromeres ELISA, is recommended.

The anti-dsDNA test identifies the presence of these autoantibodies in the blood.

The test for anti-dsDNA, along with other autoantibody tests, may be used to help establish a diagnosis of lupus and distinguish it from other autoimmune disorders.

Help to diagnose drug-induced lupus (DIL) and systemic lupus erythematosus (SLE). Antibodies to both chromatin and histones have been found in patients with procainamide-induced lupus; however, patients with lupus induced by drugs such as quinidine, penicillamine, methyldopa, and acebutolol have antibodies to chromatin but not antihistone. Antichromatin antibodies are found in 50% to 90% of SLE patients and have been linked with proteinuria in SLE patients.

Smith antigens, along with RNP antigens, are part of small nuclear RNAs. Levels of antibodies to these two antigens are often elevated in SLE. The Smith antigen is composed of the B1, D, and E proteins.

Anti-Smith antibody levels are elevated in up to 30% of SLE cases and 8% of MCTD cases.