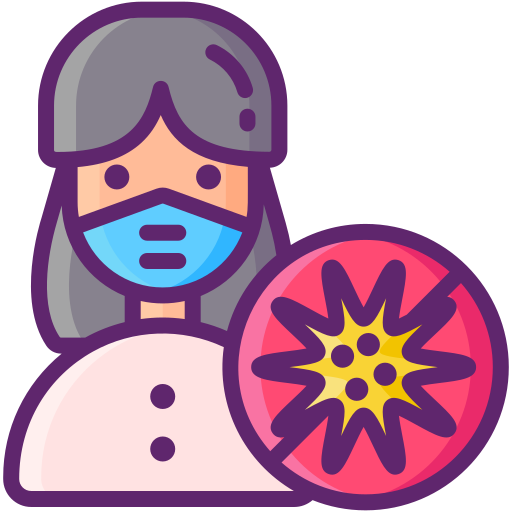 Mycotoxins are some of the most prevalent toxins in the environment. Mycotoxins are metabolites produced by fungi like mold, which can infest buildings, vehicles, and foodstuffs. A majority of mycotoxin exposures are through food ingestion or airborne exposure. In the European Union, 20% of all grains harvested have been found to be contaminated with mycotoxins. Unfortunately, mycotoxins are resistant to heat and many processing procedures. Fungi are able to grow on almost any surface, especially if the environment is warm and wet. Inner wall materials of buildings, wall paper, fiber glass insulation, ceiling tiles, and gypsum support are all good surfaces for fungi to colonize. These fungi then release mycotoxins into the environment causing symptoms of many different chronic diseases.  Diseases and symptoms linked to mycotoxin exposure include fever, pneumonia-like symptoms, heart disease, rheumatic disease, asthma, sinusitis, cancer, memory loss, vision loss, chronic fatigue, skin rashes, depression, ADHD, anxiety, and liver damage.

Recommendations for Treatment of Mycotoxins

If you or a patient has done a MycoTOX Profile and the results show moderate to high levels of mycotoxins there are things you can do to help the body eliminate the toxins and prevent future exposures.

The first step is to eliminate or reduce exposure to mold. The majority of exposures result from contaminated food, skin contact, and inhalation of spore-borne toxins, which is often caused by water-damaged buildings. Inhalation of spore-borne toxins can be limited by detecting and eliminating damp and moldy environments, both indoor and outdoor. Mold can enter homes through open windows, vents, doorways, and heating and air conditioning systems. Mold grows well on organic products such as paper, wood, cardboard, and ceiling tiles. Mold can also grow on insulation, drywall, wallpaper, carpet, fabric, and upholstery. Mold can be controlled by cleaning and drying after water intrusion; having proper ventilation for showers, laundry, and cooking areas; making sure that windows, roofs, and pipes are free of leaks; and by controlling humidity levels. After moisture problems are alleviated it is recommended that mold removal be performed by a licensed contractor. Attempts to remove mold may cause mold spores to scatter and spread to other areas. In addition, treating mold without proper ventilation could result in health problems caused by the release of mycotoxins from the mold spores. Treatment for mold exposure should include fluid support to prevent dehydration. The drug Oltipraz can increase glutathione conjugation of mold toxins while inhibiting the toxic effect of P450 oxidation, reducing liver toxicity and promoting safer elimination. A diet of carrots, parsnips, celery, and parsley may reduce the carcinogenic effects of mold. Bentonite clay and zeolite clay are reported to reduce the absorption of mold found in food. Supplementation with chlorophyllin, zinc, A, E, C, NAC, rosmarinic acid, and liposomal glutathione alone or in combination have been shown to mitigate the oxidative effects of mold toxins.

Aflatoxin M1 (AFM1) is the main metabolite of aflatoxin B1, which is a mycotoxin produced by the mold species Aspergillus. Aflatoxins are some of the most carcinogenic substances in the environment. Aflatoxin susceptibility is dependent on multiple different factors such as age, sex, and diet.

Chaetoglobosin A (CHA) is produced by the mold Chaetomium globosum (CG).

Dihydrocitrinone (DHC) is a metabolite of Citrinin (CTN), which is a mycotoxin that is produced by the mold genera Aspergillus, Penicillium, and Monascus.

Enniatin B is a fungal metabolite categorized as cyclohexa depsipeptides toxin produced by the fungus Fusarium. This strain of fungus is one of the most common cereal contaminants.

Gliotoxin (GTX) is produced by the mold genus Aspergillus. Aspergillus spreads in the environment by releasing conidia which are capable of infiltrating the small alveolar airways of individuals.

Mycophenolic Acid is an antifungal, antibacterial, and antiviral mycotoxin acid. It is produced by the Penicillium fungus.

Mycophenolic Acid is an immunosuppressant which inhibits the proliferation of B and T lymphocytes. Mycophenolic Acid exposure can increase the risk of opportunistic infections such as clostridia and Candida.

Mycophenolic Acid is associated with miscarriage and congenital malformations when the woman is exposed in pregnancy.

Ochratoxin A (OTA) is a nephrotoxic, immunotoxic, and carcinogenic mycotoxin. This chemical is produced by molds in the Aspergillus and Penicillium families.

Roridin E is a macrocyclic trichothecene produced by the mold species Fusarium, Myrothecium, and Stachybotrys (i.e. black mold).  Trichothecenes are frequently found in buildings with water damage but can also be found in contaminated grain.

Sterigmatocystin (STG) is a mycotoxin that is closely related to aflatoxin. STG is produced from several species of mold such as Aspergillus, Penicillium, and Bipolaris. It is considered to be carcinogenic, particularly in the cells of the GI tract and liver. STG has been found in the dust from damp carpets.

Verrucarin A (VRA) is a macrocyclic trichothecene mycotoxin produced from Stachybotrys, Fusarium, and Myrothecium. Trichothecenes are frequently found in buildings with water damage but can also be found in contaminated grain. VRA is a small, amphipathic molecule that can move passively across cell membranes.

Zearalenone (ZEA) is a mycotoxin that is produced by the mold species Fusarium, and has been shown to be hepatotoxic, haematotoxic, immunotoxic, and genotoxic. ZEA is commonly found in several foods in the US, Europe, Asia, and Africa including wheat, barley, rice, and maize.