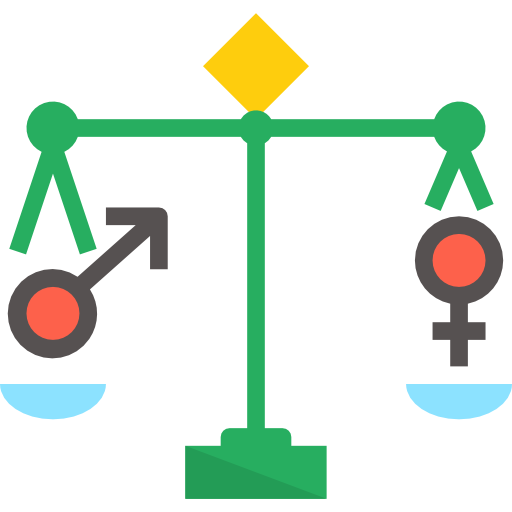 Estrogen’s basic biological function is as an anabolic hormone. There are three primary forms of estrogen: estrone (E1); estradiol (E2); and estriol (E3). All three forms have varying levels of activity and specificity for different tissues. E2 is the most active of the estrogens and is responsible for most of the actions attributed to the estrogens.

Where is estrogen made?

Estrogen is made primarily in the ovaries of cycling women while smaller amounts can be converted from testosterone through a process called aromatization. In menopause estrogen production shifts almost completely to aromatization. The enzyme responsible for aromatization is found in fat tissue, the brain, gonads, blood vessels, skin, and bone.

Men need far less estrogen than women and it is aromatized primarily from testosterone. Women who are still cycling have much greater quantities of estradiol than men, but it is important to note that men do make estrogen. In fact, the level of estrogen in men is actually higher than the level in a post-menopausal woman!

What does estrogen do?

- Important for collagen production, skin thickness and getting blood supply to the skin

What is a metabolite?

When the body makes a hormone such as estrogen it must be processed by the body in the liver through the process of phase 1 and phase 2 detoxification before it can be excreted out the other end. This is known as hormone metabolism. As a hormone is undergoing that process, it gets changed into other forms known as metabolites.

In the liver, estrone and estradiol are converted into the phase 1 metabolites known as 2-OH-E1, 4-OH-E1 or 16-OH-E1. These metabolites can go back out into circulation before going through phase 2 detoxification where they are then excreted out of the body. The phase 1 metabolites can be more damaging to the body by causing estrogen- dominant symptoms or increasing the risk for cancer in both men and women.

Generally speaking, the 2-OH-E1 is considered the safer metabolite as it only weakly induces cell proliferation and might even inhibit it, the 4-OH-E1 can damage DNA and may be more cancer inducing.

You can assess phase 1 metabolism by looking at the relative amounts of these hormones.

After estrogens go through phase 1 detoxification, they move on to methylation which is part of phase 2 detoxification. Methylation, in essence, “neutralizes” the phase 1 metabolites and prepares them to be excreted out of the body instead of shuttling them back into circulation. Only 2-OH and 4-OH estrogens are methylated. 16-OH-E1 is not.

16α-Hydroxyestrone (16α-OH-E1), or hydroxyestrone, also known as estra-1,3,5(10)-trien-3,16α-diol-17-one, is an endogenous steroidal estrogen and a major metabolite of estrone, as well as an intermediate in the biosynthesis of estriol. It is a potent estrogen similarly to estrone, and it has been suggested that the ratio of 16α-hydroxyestrone to 2-OH-E1, the latter being much less estrogenic in comparison and even antiestrogenic in the presence of more potent estrogens like estradiol, may be involved in the pathophysiology of breast cancer. Conversely, 16α-hydroxyestrone may help to protect against osteoporosis.

The 2-Methoxy Estrogens are considered to be protective.

2-Methoxy-E1 has shown antiproliferative effects in both hormone-dependent and hormone-independent breast cancer cells. These studies have shown that urinary 2-Methoxy-E1 levels were lower in breast cancer patients than controls.

The 2-Methoxy Estrogens are considered to be protective.

Estrogen is metabolized (primarily by the liver) down three phase I pathways. The 2-OH pathway is considered the safest because of the anti-cancer properties of 2-OH metabolites. Conversely, the 4-OH pathway is considered the most genotoxic as its metabolites can create reactive products that damage DNA. The third pathway, 16-OH creates the most estrogenic of the metabolites (although still considerably less estrogenic than estradiol) - 16-OH-E1.

Research and clinical studies show that the 2-hydroxylated estrogens (2-OH E2 and 2-OH E1) are a safer pathway of hydroxylation than the 4-hydroxyestrogens (4-OH E2 and 4-OH E1), which bind to and damage DNA, leading to mutations that are associated with increased breast cancer risk.

- The 4-OH pathway is considered the most genotoxic as its metabolites can create reactive products that damage DNA.

- Estrone is hydroxylated through Phase 1 detox to form 4-OH-E1. In Phase 2 it is methylation to form 4-MeE1. When 4-OH-E1 is properly methylated to 4-MeE1 it is relatively benign as the 4-MeE1 is easily eliminated and risks are low.

- When it is not methylated 4-OH-E1 builds up. Then it converts to 3,4-Quinones which are carcinogenic similarly to the 16 pathway. Women with uterine fibroids may have increased levels of 4-OH-E1. High levels of estrogen across the board are associated with heavy cycles.

4 hydroxy estrone (4-OH-E1) and estradiol (4-OH-E2) are metabolites of estrone and estradiol and are very reactive estrogens. They are highly prone to the formation of catechol estrogen-derived 3,4 semi-quinones, which are potent, electrophilic, free radical-generating molecules that have been shown to lead to DNA mutagenesis. Indeed, 4 hydroxy E1 and E2 are the most potent and potentially carcinogenic estrogens.

The most physiologically active estrogen. Binds to both to ER and Estrogen Receptor Beta (ERβ). Estradiol, made in the ovary, rapidly converts to estrone. Poor symptom control with estrogen replacement may suggest the need for improving absorption or increasing estradiol.

Has weak estrogen activity. Considered to be a protective estrogen. Most prevalent estrogen in pregnancy.

Produced by the ovaries, the estrone hormone is one of three types of estrogen, and it is one of the major hormones found in the bodies of postmenopausal women. While research into estrone function is still ongoing, largely due to the fact that it is the least powerful of the three types of estrogen, women should still understand this hormone and its known effects on the body.

- Most abundant in menopause

- Made via aromatization in several tissues like fat and muscle

Estrone (E1) is also made by the ovary but in fat tissue in lesser quantities. While not as abundant in circulation as estradiol, estrone excess can still increase the risk for estrogen dominant cancers as well as estrogen dominant symptoms such as breast tenderness, heavy menstrual cycles, headaches, and erectile dysfunction and breast development in men just like estradiol. Estrone is commonly thought to be more abundant during menopause.

Estradiol and estrone can interconvert into each other.

Total estrogen is a reliable test for estrogen status and is used to detect hormone imbalances.