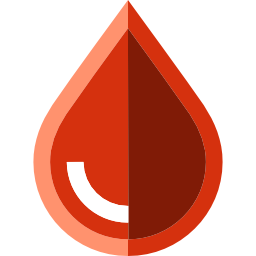 The complete blood count test measures the quantity of all the different types of cells in the blood. It also provides some valuable information on other parameters related to each type of blood cell.

How does a complete blood count (CBC) test is made? Blood is collected by inserting a needle into a vein and allowing it to flow into a tube. Later the blood sample gets to the laboratory, and the red blood cells, white blood cells, and platelets get counted. The CBC is used to test for, diagnose, and monitor many different conditions.

The CBC test gets a lot of information from your blood sample:

The hematocrit test checks for anemia, usually along with a hemoglobin test or as part of a complete blood count (CBC). This test can screen for, diagnose, or monitor many conditions and diseases that affect the blood's proportion made up of red blood cells (RBCs).

Mean corpuscular (or cell) hemoglobin (abbreviated as MCH) is an estimate of the amount of hemoglobin in an average red blood cell. Hemoglobin is a substance in the blood that carries oxygen to the cells in the body from the lungs.

MCHC stands for mean corpuscular hemoglobin concentration. MCHC is part of the red cell indices, together with MCH and MCV. Those parameters reflect the size and hemoglobin content of red cells. They have traditionally been used to aid in the differential diagnosis of anemia.

Mean platelet volume (MPV) is a calculation that indicates the average size of platelets in the blood. This measurement is typically done during a comprehensive blood count. An abnormal MPV is not, in it of itself, an indication of disease or disorder. MPV scores are compared against other types of blood counts to give a healthcare professional more information about a potential medical issue.

This marker can give you additional information about your platelets and the cause of a high or low platelet count. Larger platelets are usually younger platelets that have been released earlier than normal from the bone marrow, while smaller platelets may be older and have been in circulation for a few days.

Platelet-large cell ratio (P-LCR) is defined as the percentage of platelets that exceed the normal value of platelet volume of 12 fL in the total platelet count.

Platelet size has been shown to reflect platelet activity; therefore MPV (=Mean Platelet Volume) and P-LCR are a simple and easy method of indirect assessment of platelet stimulation.

Red blood cell distribution width (RDW) is a measure of the average size of the red blood cells.

Red cell distribution width (abbreviated as RDW) is a measurement of the amount that red blood cells vary in size. Red blood cells help carry oxygen in the blood.

Red blood cells (RBCs) are the most plentiful type of cell in the blood (~40% to 45% of the body's blood supply). They carry oxygen to the tissues and organs. They also bring back carbon dioxide back to the lungs so that it can be removed (exhaled) from the body. Red blood cells get their color from the protein hemoglobin. RBCs are constantly being replenished and they have a lifespan of around 120 days.

White blood cells are the muscle of our body’s immune system. They serve to identify invasive microorganisms, isolate them, destroy them, and remember their weaknesses later. There are five types of white blood cells, and they’re all measured with a blood differential test. Typically, this test is ordered when a complete blood count comes back as abnormal.