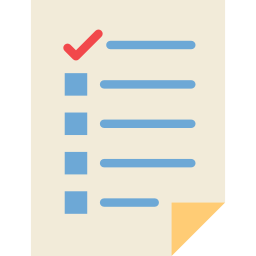 Lyme disease, or borreliosis, is caused by the bacterium Borrelia burgdorferi and is transmitted to humans through the bite of an infected blacklegged deer tick. It is the most common tickborne infectious disease in the United States.

Lyme disease can be difficult to diagnose for a number of reasons. Many of the common symptoms associated with the disease, such as headaches, dizziness, and joint/body pain, also occur with other diseases. The most distinct symptom of Lyme disease—the circular red rash known as erythema migrans (EM)—does not appear in at least one quarter of people who are actually infected with Lyme bacteria. Also, current diagnostic tests do not always detect early Lyme disease. Because treatment is generally more effective in early stages of the disease, it is important to develop new tools that can help doctors make an early diagnosis.

Doctors need to know whether a patient has an active infection, or has been exposed to the Lyme bacteria earlier in their life. Today's diagnostic tests have some limitations that make a clear, quick diagnosis difficult.

Lyme antibody tests—the most common diagnostic tool available today—look for antibodies in the blood that show a person has been exposed to B. burgdorferi. But it can take a few weeks before a person's immune system creates measurable levels of antibodies. This gap between being infected with the bacteria and the body's creation of antibodies can result in a false negative test for those with very early Lyme disease, resulting in a delay in treatment.

The CD57 test is offered in some clinical laboratories and is being used by some health practitioners to evaluate and follow patients diagnosed with chronic Lyme disease.

Cytomegalovirus is a common virus that usually causes no or only mild symptoms. Cytomegalovirus testing detects antibodies in the blood that the body produces in response to the infection or detects CMV directly.

EBV-VCA, IgG is an antibody (protein) that is produced by the body in an immune response to an Epstein-Barr virus antigen.