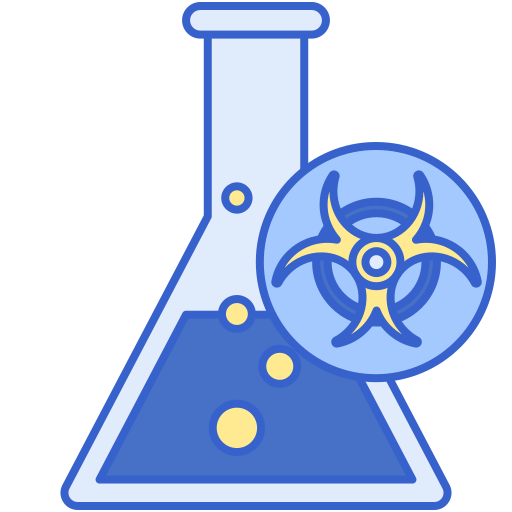 - Environmental toxins, technically called toxicants, are substances produced endogenously from the human body and which, when absorbed, inhaled, or ingested, can cause acute or chronic toxic overload, which may manifest in a variety of biological organ, tissue, and cellular-level systems.

- Environmental toxins are cancer-causing chemicals and endocrine disruptors, both human-made and naturally occurring.

- Susceptibility to toxic overload varies person-to-person, and can be affected by a variety of factors including:

2-Hydroxyisobutyric acid is formed endogenously as a product of branched-chain amino acid degradation and ketogenesis. This compound is also the major metabolite of gasoline octane enhancers such as MTBE and ETBE.

The main effect of inhaling xylene vapor is depression of the central nervous system (CNS), with symptoms such as headache, dizziness, nausea, and vomiting.

Since 4-methylhippuric acid (4-MHA) is a metabolite of p-xylene, the measurement of 4-MHA in urine may be correlated to a subject's level of xylene exposure.

Atrazine one of the most widely used herbicides in US to prevent pre- and postemergence broadleaf weeds in crops such as maize (corn) and sugarcane and on turf, such as golf courses and residential lawns. It used to be the most commonly detected pesticide contaminating drinking water and studies suggest it is an endocrine disruptor, an agent that can alter the natural hormonal system. The implications for children’s health are related to effects during pregnancy and during sexual development.

Organophosphates are one of the most toxic groups of substances in the world, primarily found in pesticide formulations. They are inhibitors of cholinesterase enzymes, leading to overstimulation of nerve cells, causing sweating, salivation, diarrhea, abnormal behavior, including aggression and depression. Children exposed to organophosphates have more than twice the risk of developing pervasive developmental disorder (PDD), an autism spectrum disorder. Maternal organophosphate exposure has been associated with various adverse outcomes including having shorter pregnancies and children with impaired reflexes.

Ethylparaben belongs to the paraben family and is an anti-fungal agent often used in a variety of cosmetics and personal-care products. It is also used as a food preservative. Although parabens are generally considered safe when used in low percentages, a study claimed to have found a link between parabens and breast cancer.

MEHP is a metabolite of Bis(2-ethylhexyl)phthalate (DEHP) which belongs to the most common environmental toxin phthalates.

Phthalates, often known as plasticizers, are a group of chemicals used to make plastics more flexible and harder to break. They are widely used in:

NACE is a metabolite of acrylonitrile, which is used in the production of acrylic fibers, resins, and rubber.

Acrylonitrile is metabolized by the cytochrome P450s and then conjugated to glutathione. Supplementation with glutathione should assist in the detoxification of acrylonitrile.

1-bromopropane is an organic solvent used for metal cleaning, foam gluing, and dry cleaning. Studies have shown that 1-BP is a neurotoxin as well as a reproductive toxin. Research indicates that exposure to 1-BP can cause sensory and motor deficits. Chronic exposure can lead to decreased cognitive function and impairment of the central nervous system. Acute exposure can lead to headaches.

Styrene is used in the manufacturing of plastics, in building materials, and is found in car exhaust fumes. Polystyrene and its copolymers are widely used as food-packaging materials. The ability of styrene monomer to leach from polystyrene packaging to food has been reported. Occupational exposure due to inhalation of large amounts of styrene adversely impacts the central nervous system, causes concentration problems, muscle weakness, fatigue, and nausea, and irritates the mucous membranes of the eyes, nose, and throat.

Reduce exposure by eliminating plastic and styrofoam containers for cooking, reheating, eating or drinking (especially warm or hot) food or beverages. Replace these containers with glass, paper, or stainless steel whenever possible. Elimination of styrene can be accelerated by sauna treatment, reduced glutathione supplementation (oral, intravenous, transdermal, precursors such as N-acetyl cysteine [NAC]).

Triclosan is an antibacterial and antifungal agent present in some consumer products, including toothpaste, soaps, detergents, toys, and surgical cleaning treatments.

Humans are exposed to triclosan through skin absorption when washing hands or in the shower, brushing teeth, using mouthwash or doing dishes, and through ingestion when swallowed.

Additional exposure is possible through ingesting plants grown in soil treated with sewage sludge, or eating fish exposed to it. Triclosan has been associated with a higher risk of food allergy. Triclosan has also been found to be a weak endocrine disruptor. Prenatal triclosan exposure was associated with increased cord testosterone levels in the infants.